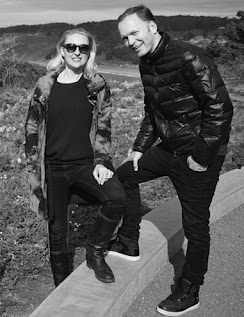 art direction and graphic design, while Thomas majored in media marketing. After graduating they both worked in the film,

media and advertising industry for many years. During their cooperation on several projects, they invariably focused on

They later joined the "Its Visual Speech Magazine" in N.Y., where Thomas worked as photo editor for a number of issues while Angie contributed her knowledge in art direction and graphic design. Back in Germany, Angie continued working in

Their work is published in Germany, Italy, France, Austria, Switzerland, Russia and China